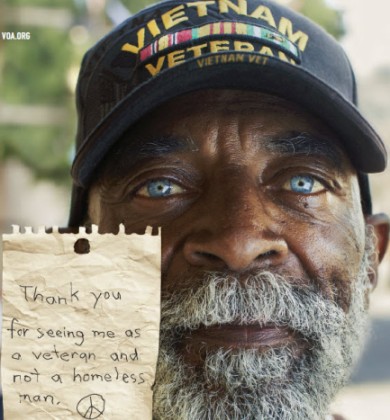 First of all, if you’re an veteran and reading this, let me first say “Thank you for your service.” By giving a portion of your life to the United States of America, you’ve literally invested a lifetime because it has changed you forever. May God bless you in everything you do.

Veterans’ Day is a day of honor for me, and not just because I’m a Service Disabled Veteran. Having a service connected disability means I’m lucky. In the words of my late friend Kurt Baker, I’m still this side of the tulips. I’m even luckier than that, because I still have all of my limbs, most of my senses, and can still earn a living. A lot of vets I know just aren’t in this position.

Veterans’ Day and Memorial Day have always been holidays that tug on my heart. Many members of my family have served in the military. Both of my grandfathers served during WWII, and two of my uncles were in the Navy. Nowadays, these holidays give me a chance to pause and remember family and friends, both living and gone. I don’t have to attend a ceremony (though I frequently do). I use the time to break away from the busy-ness of life, to think about the good people that military service has brought into my life.

Three of my best friends are no longer with us. Thankfully none of them died during their terms of service, but their lives were cut short far too early and far too easily. It’s a scenario that happens a lot. People put the best part of their lives toward military service, only to die early afterward. Several people I’ve known over the years, spent 20-30 years serving our country only to die less than 6 months after retirement.

A VA doctor told me a few years ago that the average military retiree only lives 9 years after retirement. That gives me pause, because April 1, 2014 will be 10 years since I retired. It’s all downhill from here, statistically speaking. I’m hoping to beat the odds, but eventually everyone becomes a statistic once they’ve given their lives to the US Government.

Another reason to pause a bit is a “little” issue surrounding those veterans still living that touches my heart: Some statistics say 33% of homeless males in the US are veterans. I’ve been to homeless shelters. I used to be in charge of facility maintenance for one. I’ve seen these people, met them, shook their hands, and looked in their eyes. If homelessness isn’t a bad enough tragedy, a homeless veteran takes the cake. These are people who were at the top of the game, honorably serving in elite, highly trained forces that have beaten back every aggressor known to man (from the invincible Nazi Germany to Manuel Noriega and everything between), and now they’re having a hard time surviving day to day. They literally have one foot in a box, and the other freezing in the cold.

To me, homelessness is a series of problems, not just a shortage of income. Homelessness is the result of a whole group of problems that can pile up on a person. Anyone can become homeless if things pile up. For veterans, there is an extra challenge because of the need to adjust thought processes and life patterns after leaving the military. Things stop making sense for a while and some people never recover.

I’m living proof that adjusting from military life to civilian life is challenging, especially when there’s no support network. After almost 21 year of living the military life, I retired and dumped myself in the middle of Michigan with a disintegrating marriage, no career direction, a slightly disabled body, and no realization that I even needed a support network. It took me more than 5 years to get my act together. I was lucky enough to finally start putting pieces back together, but I still have my moments even now. I was a very lost soul when I re-entered civilian life.

So consider a person who may have extra stressors such as PTSD or other serious disabilities. If they don’t have the support they need, they could easily become homeless with very little hope of attaining anything better for themselves. Imagine a man who is so intelligent, ambitious, and brave that he’s won several Meritorious Service medals and a Purple Heart, only to be walking the streets of some unknown town looking for food. I’ve met him, shook his hand, and wished I could do more for him. It was a very sad sight for me, because I knew that at any turn I could be just like him.

Quite honestly I don’t know if any of my old friends are homeless. The years and miles have torn the old groups apart, and quite honestly I don’t imagine it would be easy to find out if they’re homeless. However, if 33% of homeless men are veterans (or 3% of veterans are homeless), then it’s likely that several of the hundreds of people I’ve served with over the years are homeless. It’s a sad thought to me, because I don’t remember ever looking at one of those people and saying “I hope you end up homeless someday.” They’re all fantastic people in my book.

In the end, none of us joined the military with the intent of becoming disabled, or homeless, or dead at an early age. Unfortunately it happens too frequently.

Next time you see a veteran, shake his or her hand. If that person is homeless, disabled, or just having a rough day, shake it twice. That simple gesture could make a huge difference in that person’s life.

Here are a few organizations close to my heart, that help veterans in need:

Primary causes of homelessness among veterans are:

Lack of income due to limited education and lack of transferable skills from military to civilian life.

Weak social networks due to problems adjusting to civilian life